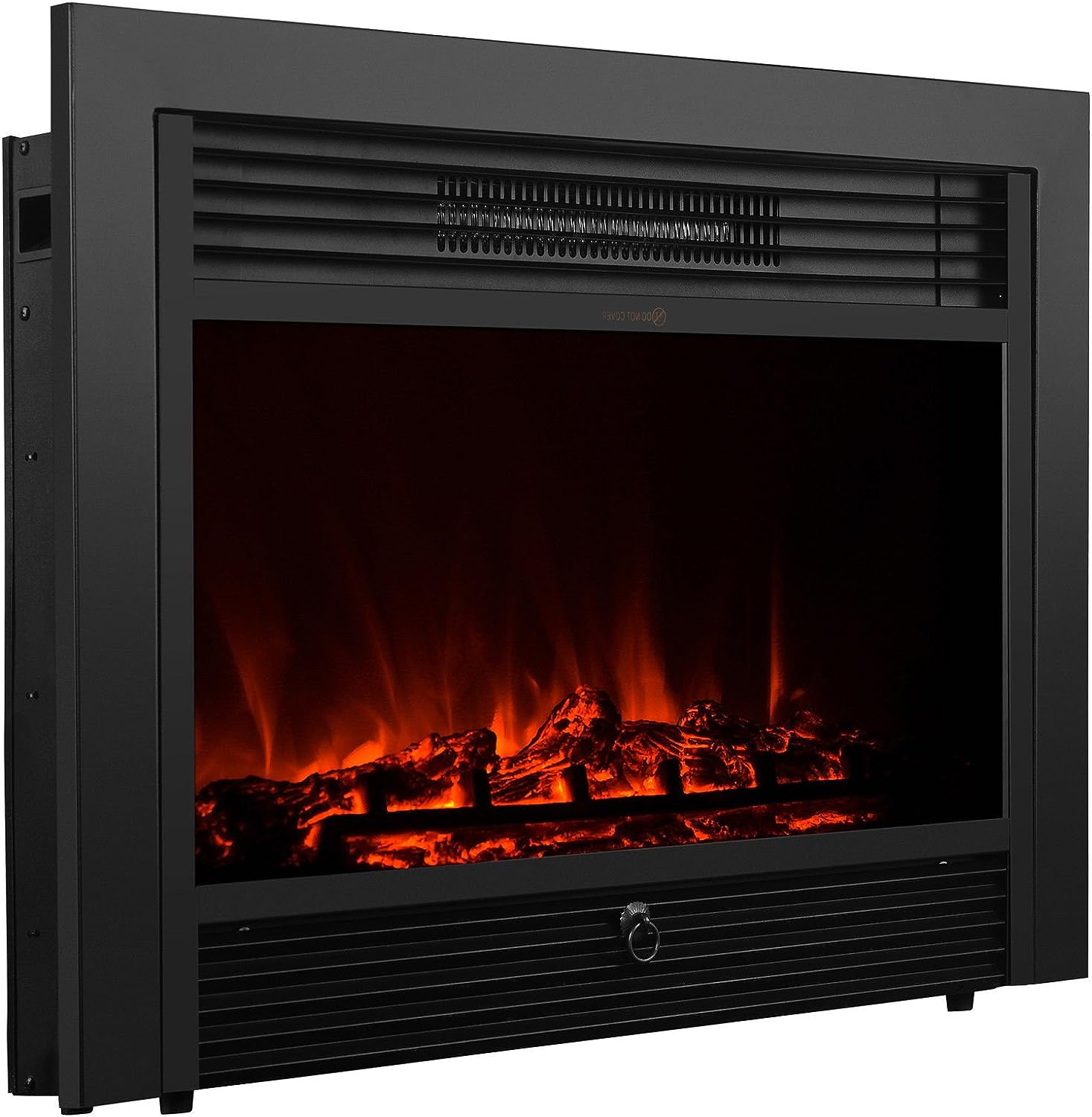 You cannot live without our brand new wall mount of electric fireplace heater in winter. If you want to feel cozy and warm, then you should not miss it! Our fireplace heater is energy efficient, without emission as well as pollution. Besides, a remote control is making it easy to turn on and off. It is your smart choice to be using in living room, bedroom, family or office. Features: Fill a big blank wall with a touch of modernity and elegance. This electric fireplace will serve as functional decor for your bedroom, library, or family room. It can be used at any time of the year It is designed with flame effect, which will provide you a realistic effect, log flame effect with adjustable multiple levels brightness Amaze your guests with the lifelike flames of this insert electric fireplace. Its realistic flames are set in a pile of faux logs that lends the homey appeal of an authentic fireplace. The log set lie behind durable tempered glass with a contemporary black frame. Enjoy smoke-free air while feeling warm during a cold night Different from traditional fireplace, electronic fireplace is energy efficient without any emissions or pollution. Which is ideal to warm up your room, and even a wonderful decoration for your room Two heat settings: 750watt (2559BTU) and 1500watt (5118BTU). Full function with remote control and safety cut-off device for overheat protection, working effectively and ensure safety Specifications: Color: Black Power: 700/1500 Watts Voltage: 115v/60hz Heat Setting: Low/High Adjustable Flame Brightness: Yes Flames Operate Independently: Yes Glass View Window: 23"(W) x 11"(H) Overall Dimension: 28-1/2"(W) x 6-3/4"(D) x 21"(H) Package Content: Insert Electric Heater Remote Control Hardware Manual