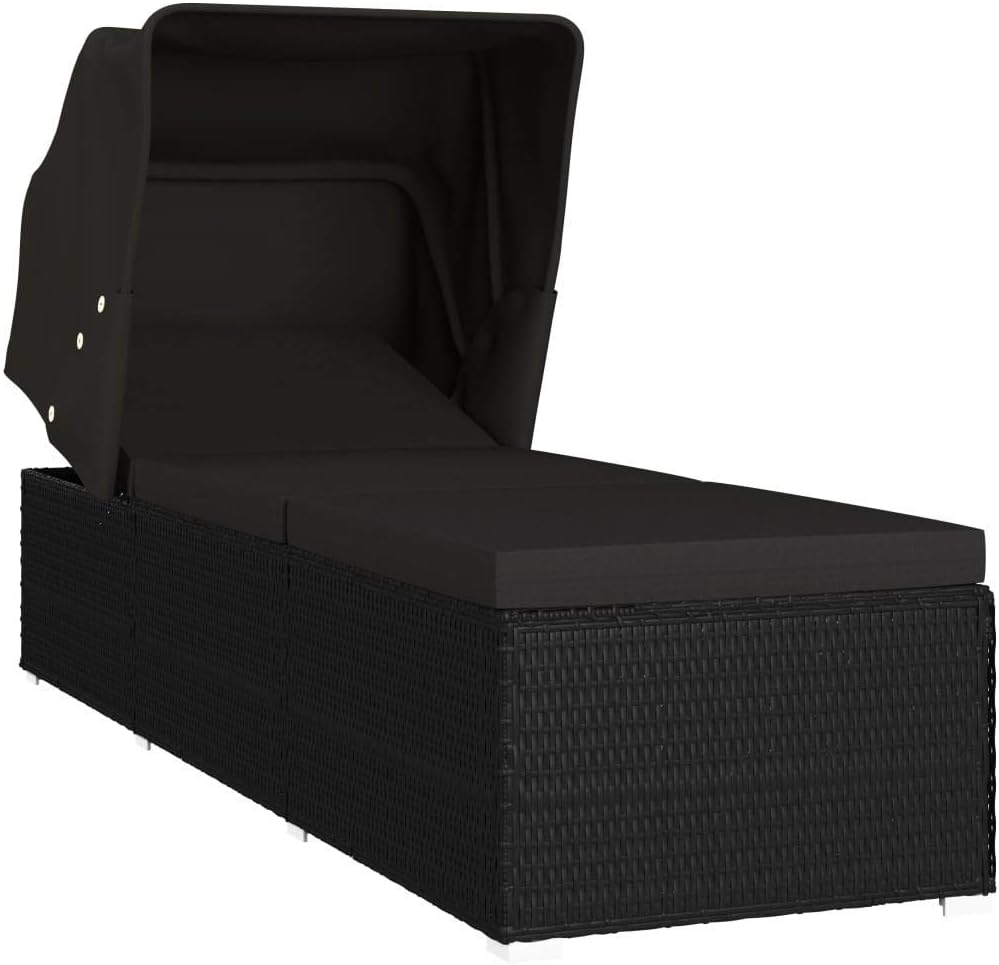 Our poly rattan sun lounger is a perfect combination of style and functionality, which is ideal for relaxing near the swimming pool, at your balcony, on your patio or at the campsite during your holiday or leisure time!

Made of the weather resistant PE rattan, this sunbed is easy to clean, hard-wearing and suitable for daily use. It features a sturdy powder-coated steel frame, making this sun lounger very stable and durable. Both sides of the bed can be pulled up and adjusted in different settings for the most comfortable seating or lying positions. The thickly padded cushion will provide the ultimate comfort and added support. Thanks to the zipped design, the cushion cover is removable for easy washing. Additionally, this sunbed is equipped with a foldable canopy, so you will never worry about the glare when enjoying sunbath. Delivery includes 1 sun lounger and 1 large seat cushion.

Note: We recommended that you cover the sunbed during rain, snow, frost or other harsh weather to prolong its life span.