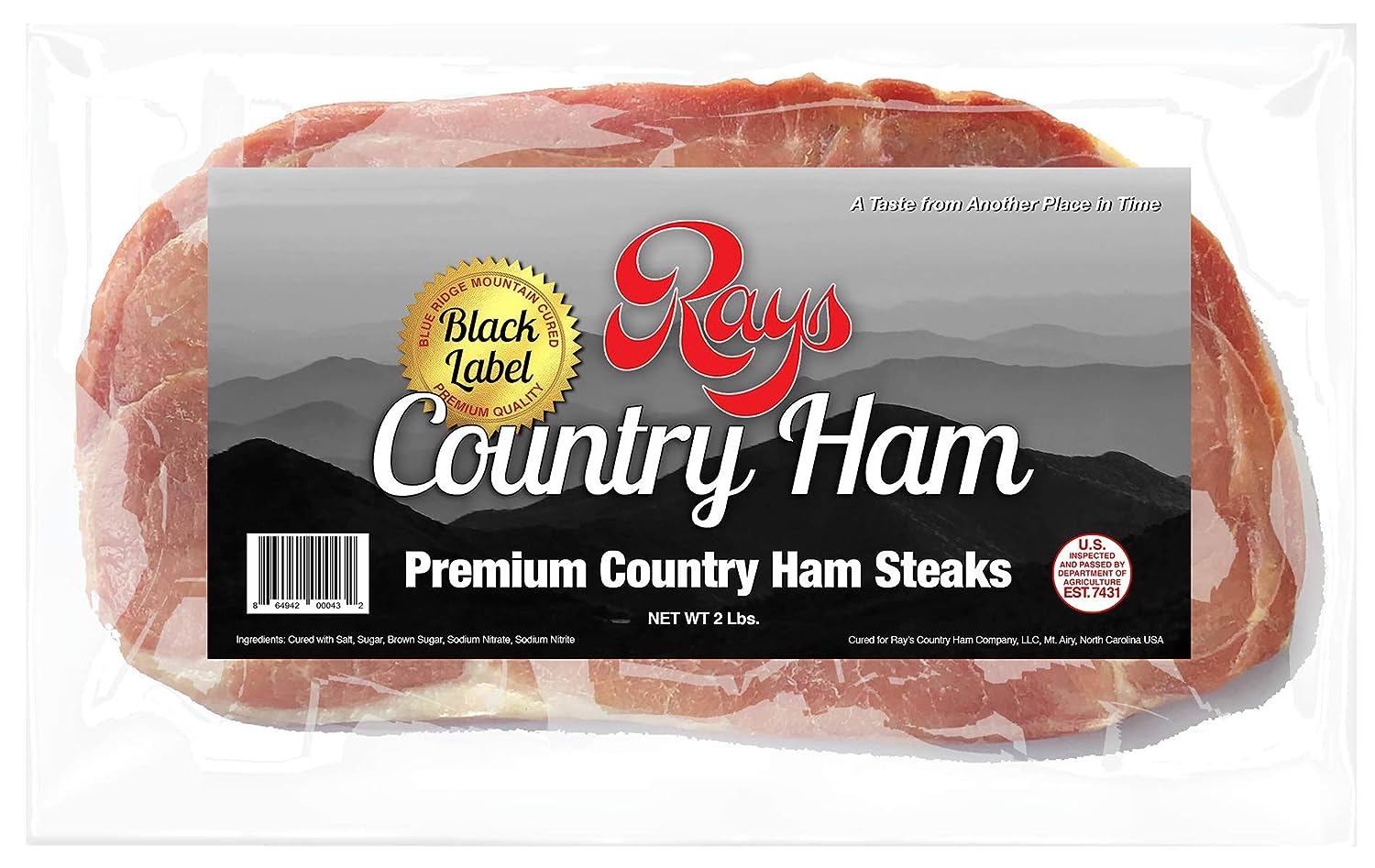 Ray Goad ~ A Fast Food Pioneer: Ray and Geneva Goad opened their first restaurant, about ten years after Ray was discharged from the Navy at the end of WWII. Home cured Country Ham and Granny Goad’s Biscuits were featured on the menu. Ray became the innovator of the fast food breakfast, and the very first to serve Ham and Sausage Biscuits in a fast food restaurant.

Country Ham Traditions: Country Ham harks back to the way food was preserved on the family farms of Appalachia before there were electricity and refrigeration. The family tradition of butchering hogs in the late fall allowed for them to be preserved during the cold winter months with a natural curing process. Our Country Hams are drastically different from their more common cousin, the wet-cured ham, also known as city ham. The flavor of a Country Ham is more complex, with an almost addictive taste, aroma, and texture unlike any other.

Blue Ridge Mountain Cured: Today those Country Ham traditions are being kept alive in the Blue Ridge Mountains of North Carolina. Where once moonshiners and revenuers raced hot cars along Thunder Road, a few facilities owned and operated by the descendants of those early American pioneers are still making Country Hams. You can’t eat at a Ray’s Restaurant today, but you can enjoy Ray’s Country Ham in your own kitchen knowing that in every slice you will find that Taste from Another Place in Time.

Four Generations: Ray Jr. and Susan, the children of Geneva and Ray Goad, are perpetuating the legacy of Ray’s and the rich traditions of Country Ham for Ray Goad’s Grandchildren, which are now also active in the Family business. They assure that Ray’s Country Ham is cured in the same style featured for almost 50 years at the Ray’s Starlight Restaurant in Mount Airy, NC and, at dozens of Ray’s Kingburgers and Sweet Sue’s Restaurants across five of the Mid-Atlantic States.

If you know and love the beautiful shadows of the Blue Ridge Mountains, that's where you will still find us. They called it Mount Airy long before our native son Andy Griffith started calling it Mayberry. We just call it home, and that's a place on this map where you will find A Taste from Another Place in Time.

When a Country Ham has reached its cure and ready to cut into, the ultimate for every Country Ham lover is reaching those prime center slices. For those who don't want to wait, and will accept only the very best, we have proudly introduced our Black Label.

The vacuum packaging keeps the Country Ham self-safe without refrigeration while being shipped and for an extended period in a dry, cool place. If you open the package and have slices you want to save for another time, just wrap and store the rest in the refrigerator.

These Premium Country Ham Steaks only need to reach an internal temperature of 160 F. and will remain tender and juicy if you don’t overcook. Preheat a heavy skillet to med-high heat with a tablespoon of cooking oil. Place the ham into the skillet, it should produce a rapid sizzling sound. If the ham curls up, quickly use a knife or shears to nip the edge as needed so it can lay flat in the pan.

Just quickly sear each side, with most of the cooking taking place on the first side. As you see the top side bead up a bit, the ham is practically done and should be turned, and then removed and platted in another minute or less. If you like to try “red-eye gravy,” after removing the ham, you can quickly add about 1/4 cup of water, or coffee, and scrape up any residue in the pan, then boil this down by about 1/2. We recommend pouring this into a small dish and using it as a side condiment to taste.

We proudly offer Ray’s Premium Country Ham Steaks knowing that you will find it to be some of the very best Country Ham you have ever experienced. Thank you for your business and support!