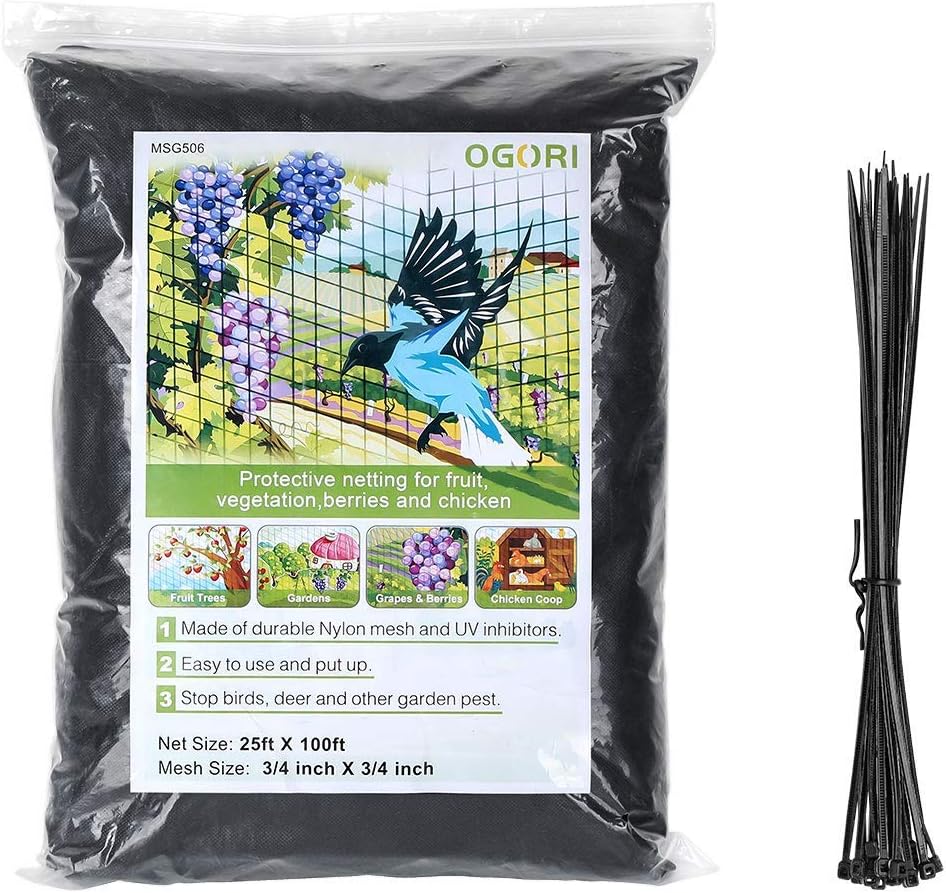 Effectively protects fruit,vegetation,chicken and berries from thieving birds and other animals